Visitor's guide to Lagos' most important museum and church 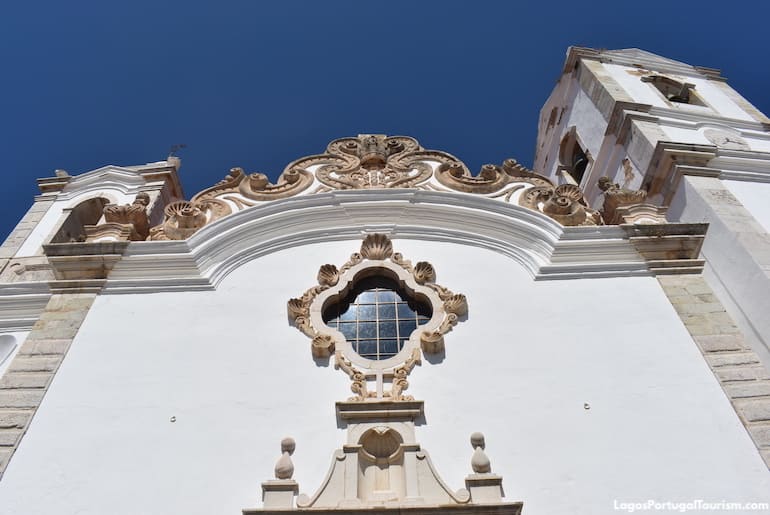 Erected in 1707, this church was greatly damaged in the earthquake of 1755 that destroyed most of Lagos, but was rebuilt in 1769. The baroque interior is considered one of the most impressive examples of gilded woodwork in Portugal, contrasting with the building’s plain exterior with two bell towers. Although it mostly dates from the reconstruction, the ornate retable survives from the original construction and was created in 1718. It features an image of St. Anthony, to whom the church was dedicated. 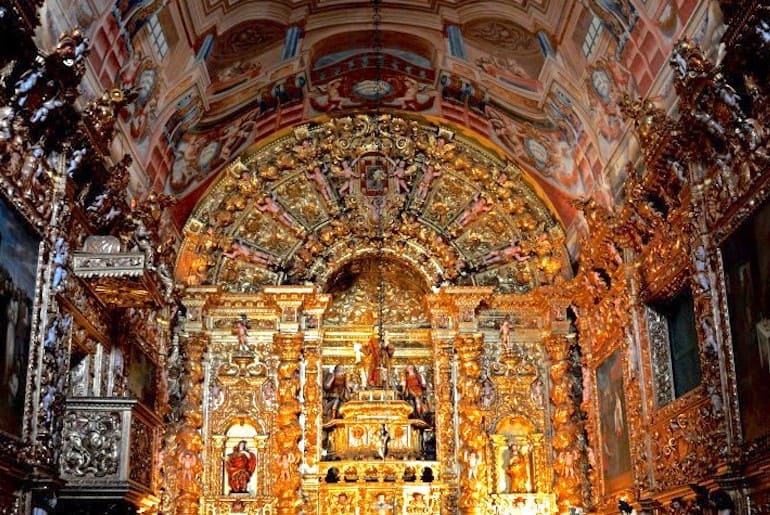 The painted ceiling creates the illusion of a vault, and illustrates Portugal’s coat-of-arms in the center. The lower parts of the walls are decorated with blue-and-white tile panels, and there are also paintings depicting scenes from the life of St. Anthony. The lavish decoration is explained by the fact that the church was used by the military, which, upon safe return from its missions, would donate money in thanks. 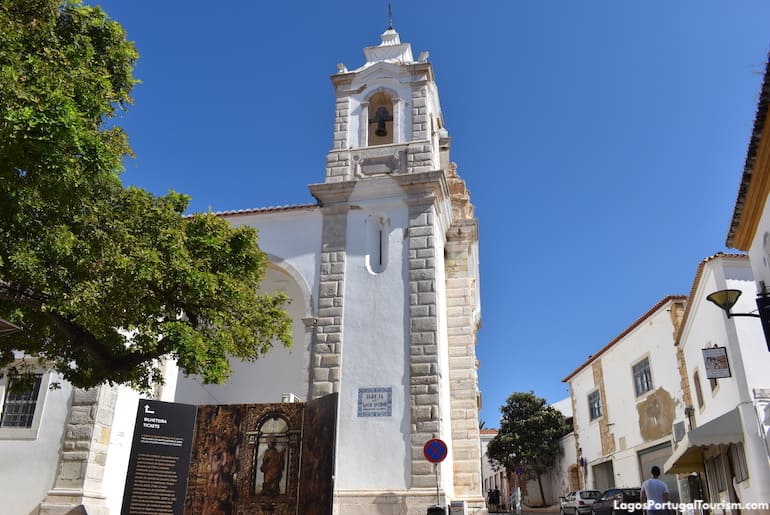 The former sacristy, accessed through a Renaissance portal, became a museum in 1932. It has a collection of sacred art (mostly sculptures from the 17th and 18th centuries), tile panels, and archaeological pieces found in the region (prehistoric standing stones, Roman mosaics, coins and artifacts). It essentially tells the story of the people of Lagos throughout history, from the Celts and Phoenicians to early-20th-century Algarvians.

The church is Algarve’s third most visited monument, after the Sagres Fortress and Silves Castle. It only holds religious services once a year, on June 13, the day of St. Anthony.